The Lakota believe that the birth of a white buffalo, like Little Hŏpi in The Little White Buffalo story, means that there will be a time of prosperity and peace. The belief stems from the story of the White Buffalo Calf Woman.

The Story of the White Buffalo Calf Woman

Long ago, there was a time when the Lakota people couldn’t find any buffalo. Because they relied on successful buffalo hunts for food, the children in the camp were all very hungry.

The leaders of the camp sent two Lakota scouts out to look for the buffalo. While scouting for food, the two scouts saw a mysterious white cloud on the ground. They went towards the cloud to investigate it. As they neared the cloud, it fell away. Suddenly, the scouts saw a beautiful woman, dressed in white buckskin, where the cloud used to be.

One of the scouts wanted to kidnap the woman and make her his wife. He ran up to the woman and grabbed her. Just then, a white cloud came and surrounded them both. When the cloud receded, the woman was still standing there. But the scout was just a pile of bones.

The surviving scout watched all of this happen and he was afraid. The woman told him not to fear and to come forward. She explained to him that she had spiritual powers and she was here to help the Lakota people. Then, she told the scout he must go back to his camp and prepare a feast for her. Once the feast was prepared, she said that she would come to come to the camp and teach them sacred ceremonies.

The scout went back to his camp and told his people what had happened. His council prepared a feast for the woman. True to her word, she came to the camp and taught the people sacred ceremonies to protect themselves and Mother Earth.

After teaching the people sacred ceremonies, the woman walked around the camp, gradually walking farther away each time she encircled the camp. The Lakota watched her as she walked, because they could tell something important was about to happen.

Then, she stood up, and appeared as a white buffalo. She walked slowly away.

As soon as she had vanished into the horizon, a great herd of buffalo appeared! The time of famine was over. The White Buffalo Calf Woman had saved the Lakota people. From that time forward, the birth of a white buffalo was considered a good omen.

Frequently Asked Questions About the Lakota

Is Lakota the Native American word for Sioux?

Sort of. The Lakota are a subset of what is known as the “Sioux” . The Sioux speak three different dialects, the Lakota, Dakota, and Nakota. “Sioux” comes from the Ojibwe name for the tribe, which means “little snakes.” “Lakota”, “Dakota”, and “Nakota” is really one word, but spoken differently based on the dialects of the tribes.

What type of dwelling did the Lakota live in?

The Lakota people lived in tepees(or tipis or teepees). They made tepees out of buffalo hides and, which, like tents, could be broken down and moved when needed. You can see how large they were in the photo below, taken in 1891. See the little girl in the photo? How old do you think she was she when this photo was taken? (Photo by John C. H. Grabill. This image is available from the United States Library of Congress Prints and Photographs division under the digital ID ppmsc.02515.) 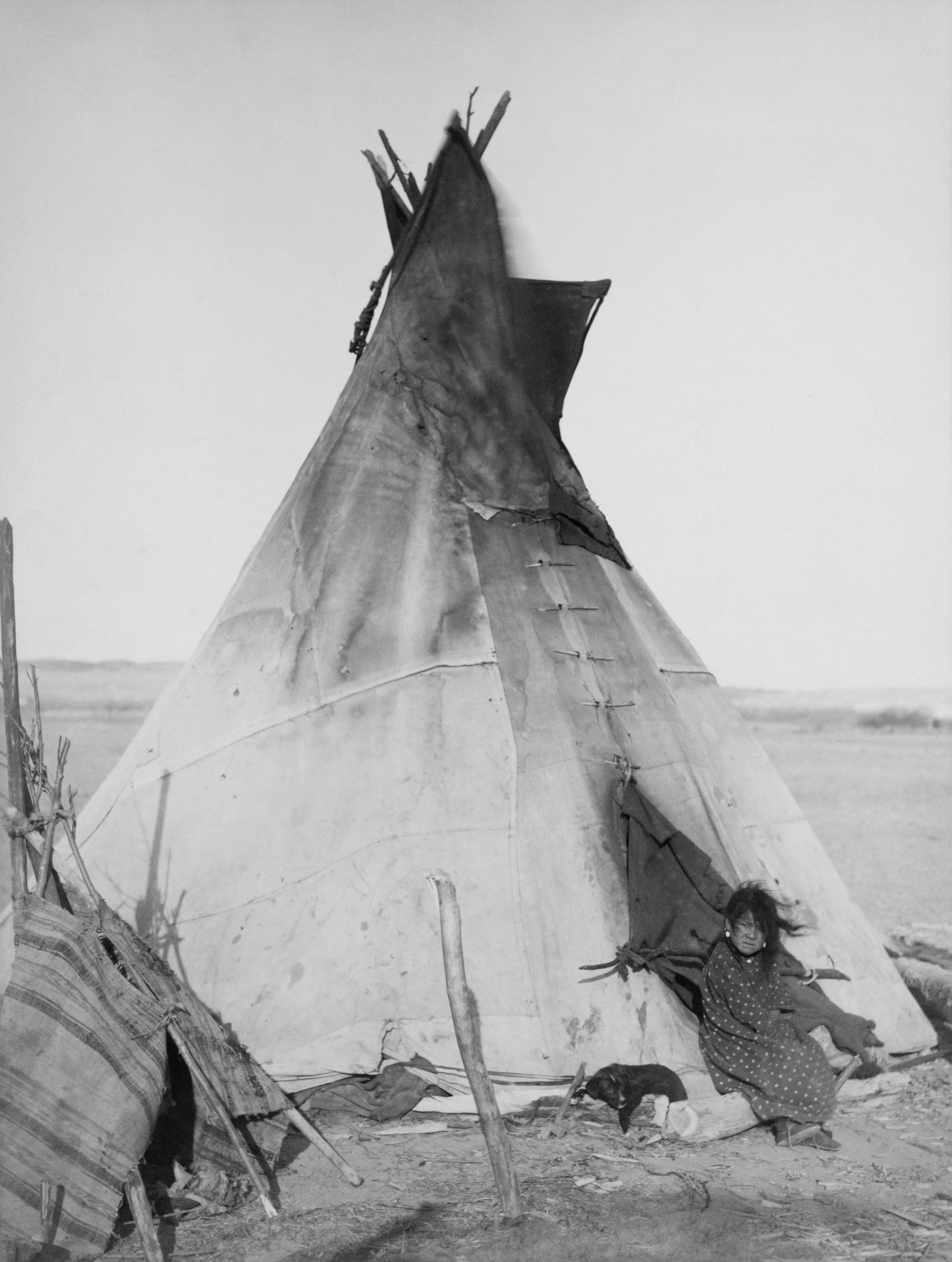 Why did the tepee work well for living on the North American Prairie?

What animals did the Lakota hunt?

Buffalo, of course! But they also hunted for anything else they could, including antelope and deer, and even smaller animals on the prairie.

How did the Lakota hunt before they had guns and horses?

Before the Lakota Indians had guns, they hunted with spears, bows and arrows, and even with clubs. Without horses, they hunted on foot. Remember that buffalo are extremely dangerous animals, so hunting was very risky.

The Lakota had a hunting trick was called a “buffalo jump”. They chased the buffalo towards a cliff, and the buffalo would stampede over it. Some of the buffalo were wounded in the fall and were easier to kill.

Where do the Lakota live?

The animals on the North American Prairie have adapted to live in tall grasses with few trees. Read about these animals that are unique to the prairie.